Lyadrive are self confessed “obscurities” from the NWOBHM (New Wave Of British Heavy Metal). They existed from May 1981 to May 1985. Then thanks to Vinyl Tap they recorded the album that was due back then, in 1997! The album was called “Another Time, Another Place”. It’s now out of print but still available from various mailorder specialist. In 2000 4 new tracks were recorded and were added with the album to a compilation called “Rockin’ All Over The World”. Recently the band have released two LP’s (Yes Vinyl records) of demo’s and live recordings from the past. We have a limited edition CD called ‘Post Millennium Blues’ which features the 4 tracks from 2000 + 4 more studio tracks recorded in 2006/7 & 2 live cuts from our 1999 Astoria gig. Please contact us if you’d like a copy of that.  Also, as of Feb 2011, we have an mp3 collection of live bootlegs, called ‘Way Out West [Bootleg City]’, it’s available at CD Baby. 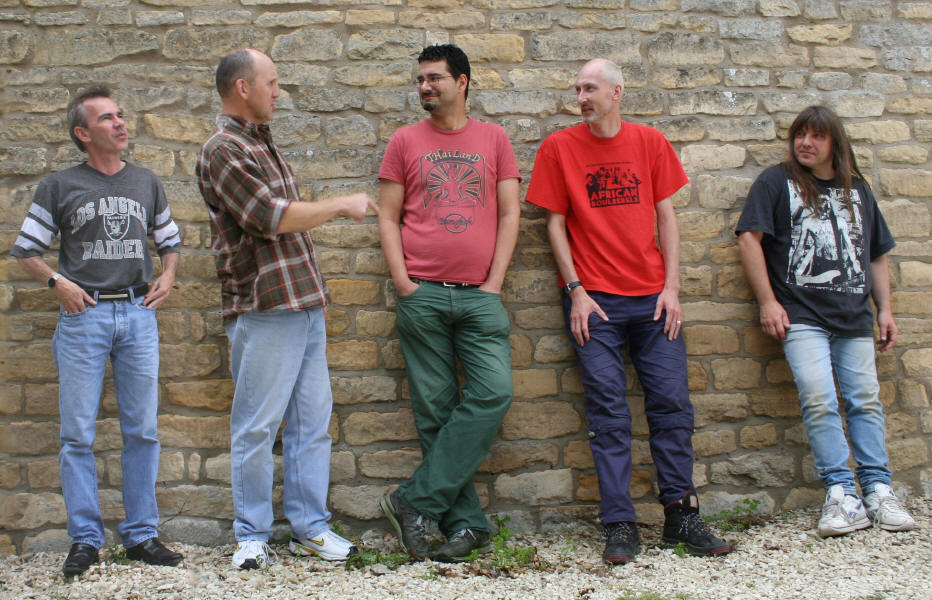